I was pretty ignorant to the idea of what a safari or game reserve actually is. I mean, I have the most basic idea, but beyond that, it wasn’t really at the top of my lists of interests! I had a pre-conceived thought in my head for some reason about very deep meditation and ethereal discovery. You must be able to imagine my disappointment on the very first night when my only thoughts lent to me being a snack (and not in the very base definition we use nowadays to say someone is on fleek) for some Lion! 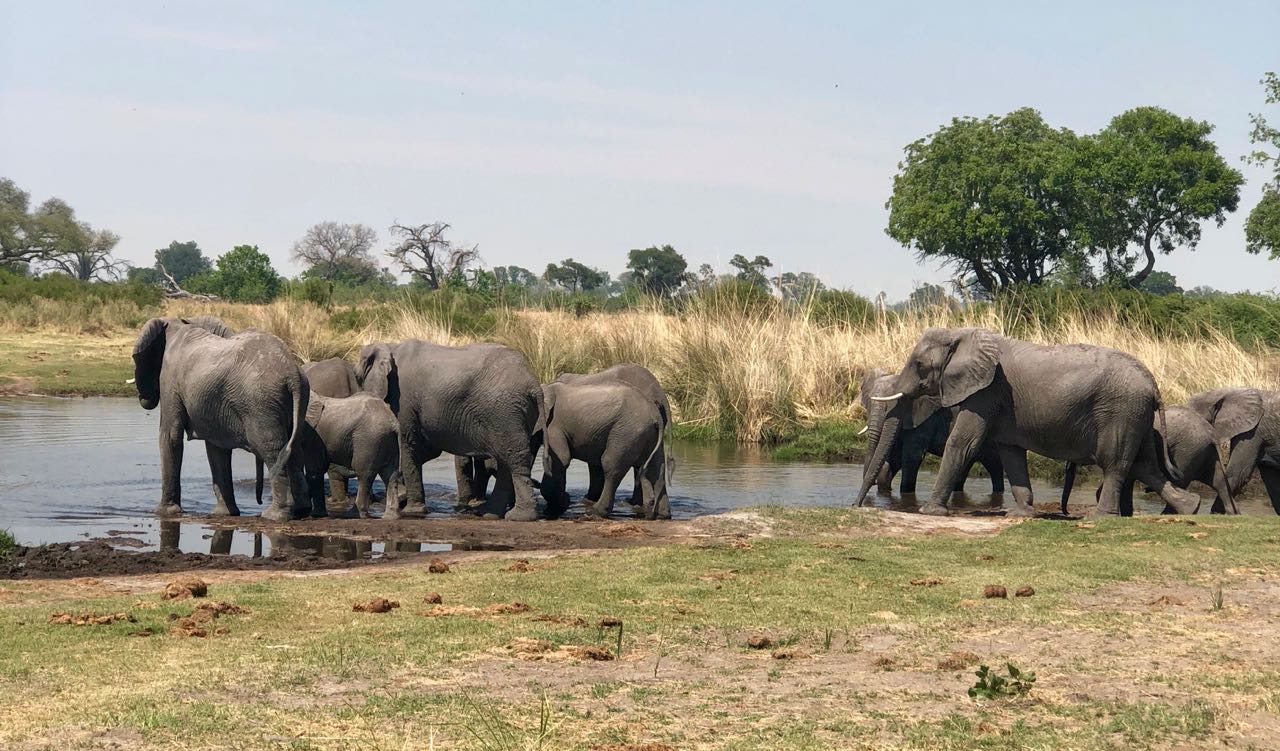 The Okavango Delta is a vast inland river delta in northern Botswana. Scenery Like this is very common there!

If you’re anything like me then my explanation of what I saw won’t compute to you. You possibly won’t get it or you probably won’t believe it. On our way to the campground was the first real realization I had that there would be no borders, fences or anything else between us and the animals. So then what stops the Lions and other animals from attacking and killing us? I asked Alwyn, my guide, and he casually said ‘Oh they have no interest in us’. The simplistic explanation he gave me was this: These animals through the process of evolution have a natural fear of mankind. They don’t want to bother with us, they mostly want to just be left alone!

The answer was not acceptable to me. I mean he spoke with such certainty but surely he doesn’t know all the animals around. What happens if one just happens to change their mind or go off script. I literally couldn’t sleep from the fear that stifled me that night, this guy is mad and I’ve surely made a mistake! But the next morning we started driving around encountering herds of animals who could care less about us. The only times their interests peaked is when we would get out the car. The giraffes, the zebras, the impalas, they would all just watch us intently to see how close we would get before cautiously running away. Wild animals feared us, just like Alwyn had said! I asked more ‘well, what about all those times we hear about a Lion attacking and killing humans?’ ‘Those animals are usually taken out of their natural habitat, they’re normally fed by humans, taught not to fear us’ he responded.

So maybe the door wouldn’t swing out and hit them but it sure felt like it!

Out there in the Okavango Delta lies were dispelled. Alwyn insisted on finding some Lions for me. A part of me hoped he wouldn’t! Eventually, we found these Lions, about 18 of them I think, just laying by a tree taking a nap. There was another safari vehicle who had happened upon the Lions first and were already observing them. Our navigation into the area was too tight for comfort. Eventually, the distance between the vehicle and the Lions was less than 10 feet. If I had kicked my door wide enough open I could possibly hit a Lion’s head! We were too close for my comfort and in a difficult enough navigation that there is no way we could exit in a rush if necessary. To put this into perspective there were no windscreens or windows protecting us. They simply had no interest in us, if anything we were disturbing their nap!

Found this guy chilling a few feet from our campsite!

Out there in the Okavango Delta time didn’t matter. Or at least time didn’t matter in the ways we grew accustomed to thinking it did. There was no meeting to catch, no show starting at a certain time, no kids to pick up, no hair to cut, no email to respond to, no one to call back. Time mattered in a more simplistic way and you wouldn’t have to measure it with something like a watch. You could simply just tell by watching the sunrise and the sunset. And when enough time had passed there would be seasons like winter or spring which could be measured by a change in temperature or the flooding of the lands!

*If you are ever thinking of doing a safari I can’t recommend Alwyn enough. His comfort in nature and understanding of wildlife makes for an exceptional experience.